The myth of “I prefer their early work”

4 Comments Posted by stratecutionstories on March 13, 2014 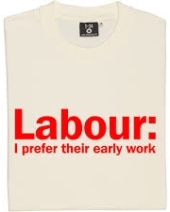 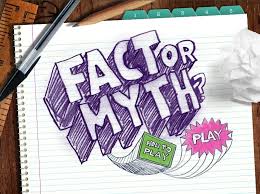 I was talking with someone I know about a band that I love. He’s into music, too – but, to be honest, he’s a bit of a musical know-it-all. He’s a “I saw the them before anyone knew them” type of guy. And after I mentioned said band, he told me the classic saw, “I prefer their early work”.

Now, I have to admit that I’ve said it myself. And I’ve probably repeated all the same, standard rationale – they put their whole lives up to that point into it their first work; they were raw-er; it was from the heart back then; it was before they were “in the business”, so it was for the art of it. Okay, I get all that. But upon further thought, it should rarely be true. Because, first of all, any good band, artist, writer, and basic human learns more as they go along. They learn about themselves, the world, their craft. Anyone worth his or her salt gets better. The more they play together, know each other better, play with and develop their sound more, they should almost certainly improve. They make mistakes, they learn from trying, they find what works best. And, over time, they come in contact with additional resources – other artists, producers, etc. – that drive further adaptation and evolution. If they don’t, then they’re probably not truly special. Right?

It suggests “I know more than you”.  Because it usually is said in response to someone saying he or she likes something, it’s kinda like saying “I used to like them, too – but I learned additional stuff that caused me to stop liking them. I guess you haven’t learned it, yet.” Which is smug (and here’s what I feel about smugness).

It says “I’m more discerning”. This person is saying that he has made a distinction in their work – he can probe deeper and critically dissect the better (earlier) from the less good. If you like all of it, then I suppose you don’t have the faculties to make the distinction.

It suggests “I’m more of a leading edge person than you”. This person is consciously pushing beyond what’s popular or well known to find what they like (a good thing) – and is letting you know in a way to place you with the pack, the average, the non-explorers.

It says “you’re lazy for still liking them”. Similarly, this person is always looking for what’s new. And you? You’re still sticking to them, despite their clearly disappointing later work? You’re obviously are lazy.

So, after all this thought, I’ve decided that I’m not going to say “I prefer their earlier work” ever again. Perhaps what I’ll say if I really am disappointed with the path someone or something has taken after early promise is “I really like some of their work. I’m interested in seeing where they’re headed.” What do you think?

4 responses to “The myth of “I prefer their early work””