“Creative” Is Not Just a Department – Creativity is everyone’s responsibility* 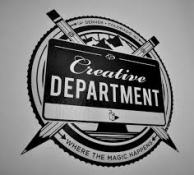 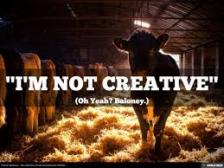 “Everybody has creative potential, and from the moment you can express it, you can start changing the world” Paulo Coelho

When I tell people I work in advertising, they invariably ask, “are you a creative?” I have always struggled to answer this appropriately. On the one hand, no, I am not in the creative department. On the other, I have always felt responsible for the creativity of the thinking and work on the teams and accounts I have led. While I don’t normally come up with the creative ideas for ads, I help my team generate them, I foster them, I direct them, and help build them. I also help sell them in and help realize and activate them. So, yes, I am a creative. And I believe everyone in business needs to be one, too.

Because, contrary to popular belief, everyone is capable of creative thought and new ideas – it’s not just the bailiwick of a select group or type. And creativity can and should blossom everywhere across your company – not just in the “creative” areas. As a leader, you need to find ways to foster it with everyone, especially those who function further away from the typical creative arena. Here’s how.

As I mentioned, most leaders don’t expect creativity from finance, operations, HR, project management. There’s this belief that “some people are creative, but most are not.” But it’s just not true – some of the most effective and productive creativity can come from those beyond those most directly generating the creative work. You must get everyone to view their jobs as critical to the delivery of great work, no matter what they do. In this way, they’ll always be thinking of ways to enable and facilitate it, in order to make it more and more successful.

For example, research/planning creativity, on Milk, helped them look at what life would be like without milk, vs. simply researching how people consumed the product. This led to a completely new way to showcase it – showing how lacking some of our favorite things (peanut butter, chocolate chip cookies, cake) would be without milk.

You can also be creativity with budgeting. On LEGO, we took a different approach to our client-given budgets – by grouping budgets by targets – enabling a more macro-/top-down approach that drove greater creativity and more big ideas.

It’s been proven that people and organizations often fear creativity and innovation because they tend to increase uncertainty. But uncertainty is a given – as I’ve written before, most issues are so complex, multi-faceted and dynamic that the dialectic of “right vs. wrong” is inappropriate. Instead, you’ve got to get comfortable with ambiguity – and preach that shades of grey are expected. As Andre Gide said, “One does not discover new lands without consenting to lose sight of the shore for a very long time.”

This is one of the reasons I advocate holding interim “tissue sessions” when developing ideas. These sessions give permission to everyone to not have all the answers yet. And to begin with a bunch of hypotheses to build, or kill, along the way.

While there’s no avoiding ambiguity, you can help stimulate creativity with a clearly defined brief and with crystal-clear objectives. Define the problem as laser-sharp as you can. Provide the details, structure, realities, constraints, etc. – so folks can think inside the box.

For example, when I ran Porsche a few years ago, we found that 911 sales were off. We believed it was a combination of recession-related factors that made affluent people not want to show off in this atmosphere, as well as “green” sentiment suppressing demand. But rather than briefing against a broad set of issues, we did research that enabled us to hone in the reason – a negative “value” perception due to people not seeing the cars as daily-drivable. This tight brief led to the Effie winning “Everyday Magic campaign.

In addition, clarify your purpose so everyone can rally around it. It’s incredibly motivating when employees believe in their company’s mission and genuinely like what they do. If your teammates and employees have passion, just try to stop them from being creative!

For example, when I worked on Wisk Detergent, we reframed the business we were in, from simply selling products that cleaned clothes, to being a brand that promoted a lifestyle that embraced diving in to life. This purpose turbo-charged creativity across the entire team.

When surfacing new and groundbreaking ideas, your team may end up challenging long-held company beliefs or ways of doing business. So you’ll need to attack insider thinking that restricts creativity – by benchmarking other companies and industries, by bringing in fresh thinkers, and by diplomatically saying, “we might be wrong”. And, you, too, have to be open to ideas that break rules or shatter your in-going preconceptions. This is often a lot harder than it sounds.

This is why it’s very important to instruct everyone involved to react viscerally and naturally to ideas first – thinking like a real person, a consumer, a non-insider. It’s too easy to kill things that feel “off” to your corporate eyes and ears – but make sure your consumer would find it off, as well.

Whether you are leading a project, a team or an organization, only you ultimately are responsible for the creative output. Regardless of the fact that you aren’t directly doing the “creative work”, you’ve got to do a tremendous amount of effort to enable it. This requires attitudinal work, interpersonal work and quite a bit of physical work.

First, you’ve got to aspire to produce great work. Give a damn. Have the ambition to set the world on fire, and make that fire contagious. Secondly, you’ve got to develop the types of relationships across your team that generate trust, instill courage, and deliver collaboration. This allows you to help build on ideas as they are developed, question them and iterate on them, unconditionally and without fear.  And finally, you’ve simply got to do the work. Remember that quote about “…99% perspiration”? It’s true. You’ve got to ask questions, make tons of connections and lateral leaps, and help distill initial ideas and re-build them. And get out and read, do, see, act – as Einstein said, “the legs are the wheels of creativity”, so keep ‘em moving.

As a leader, one of your key jobs is to reduce the fear of failure and mistakes. This is the natural enemy of creativity. As a leader, you should be encouraging failure. Let it be known that there won’t be blame or backlash. That failure means movement and learning. That it’s an important step along the way to success. If you’re not failing every now and then, you’re likely not trying, doing anything new or advancing much.

Give time and space
“Lying around doing nothing is an important, nay critical, part of the creative process” Tom Hodgkinson

It’s been said that time pressure creates great creativity. But it simply isn’t true – studies show that people are the least creative when fighting the clock.

In addition, people need time to work through the predictable to get to the unexpected. To make further and more lateral-leaps. To iterate. And, to put the work down, look away for a bit, and let things percolate. So make sure you have enough time for your creativity.

This is another reason an interim, “tissue session” during idea development is helpful. It allows those brainstorming ideas to spend their time thinking them up, not perfecting yet.

If you take these actions, you will no longer look to a “creative department” for all you ideas and creativity. You will seek creative thinking from Finance, Research, Data/analytics, operations. And you’ll find that, lo and behold, your entire, cross-functional team is filled with Don Drapers.

*This article ran previously in the Troyanos Group November Newsletter.